The 26th IUCr Congress is hosted by the Society of Crystallographers of Australia and New Zealand; as such, we would like to share with you some of the crystallography connections in our part of the world. 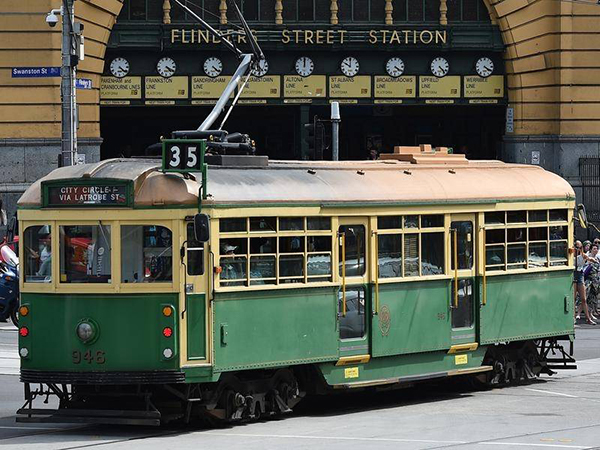 The Oceania region is home to world-leading crystallography research, including powder diffraction, solid-state chemistry, structural immunology, structure-based drug discovery in cancer and infection, charge density research, coherent scattering, coordination polymers, and metal-organic frameworks.
This will be a potential once-in-a-lifetime opportunity for many of our community to experience Australia and the unique delights of the Oceania region. Over the coming months, we will share with you some of the locations (on and off the beaten track) that maybe of particular interest to us crystallographers. Along the way, we will point out some areas of interest and some not so common attractions. Road Stops will include a quick trip across the "ditch" to New Zealand … just like the dessert, pavlova, and the actor Sam Neill, we Aussies like to claim anything good that comes from the Kiwis.
We hope you enjoy the Crystallographic tour of Australia and New Zealand!

A Crystallographic tour of Australia and New Zealand

The IUCr 2023 Congress is being hosted by the Society of Crystallographers of Australia and New Zealand, and we’d like to take the opportunity in these regular e-zines to pull a focus on some of the crystallography connections in our part of the world.

Adelaide – A city to Bragg about

‘The gift of expression is important to them as scientists; the best research is wasted when it is extremely difficult to discover what it is all about …’ W.L. Bragg

Our next stop in this crystallographic tour of Australia and New Zealand is the city of Adelaide! Adelaide, which is located on the traditional lands of the Kaurna people, has a strong connection to crystallography - with one of the founders of the field, W.L. Bragg, being born here in 1890. His father, W.H. Bragg, had moved to Adelaide in 1885 to take up a professorship at the University of Adelaide, with W.L. also beginning his studies in physics there too.

As many of us will know, W.L Bragg together with his father, WH Bragg, and Max von Laue put together the methods and equations that describes how the phenomena of diffraction can lead to an understanding of where atoms are in a structure. W.L. Bragg still is the youngest recipient of the Nobel Prize for Physics, he was 25 when he was recognised for his efforts in determining the first crystal structures from diffraction.

Adelaide is a beautiful city to visit, with a CBD surrounded by parkland and the city circled by world-famous vineyards. As well as a trip along the river, you could take in some of the renowned museums such as the Art Gallery of South Australia, displaying expansive collections including noted Indigenous art, or the South Australian Museum which is devoted to natural history (and hosts a fantastic mineralogy department).

For those of you wanting a sporting fix, the Adelaide Oval hosts cricket and Australian rules football matches throughout the year. Wine regions around Adelaide, include the Barossa Valley, is steeped in history and German heritage, swathed in rolling landscapes of vines, orchards, pasture and bushland and full of great characters. To the West of Adelaide lies the coast and the St. Vincent Gulf, with miles of beaches, including one where a young W.L. Bragg discovered a new cuttlefish, which was named Sepia Braggii after him.

You can read much more about W.L Bragg and his father in the book ‘William and Lawrence Bragg, Father and Son - The Most Extraordinary Collaboration in Science’ written by Australian author, John Jenkin.

A Crystallographic Tour of Australia and New Zealand

Perth – the city that welcomed the crystallographic community in 1987

Thirty-five years ago, the Australian crystallographic community were delighted to welcome the international community to our shores. The event has had an enduring legacy for our society, which enabled us to establish the ‘1987 fund’, which has brought a high-profile crystallographer to our shores for each of our local Crystals meetings. Perth was a perfect location for the Congress, despite being one of the most isolated cities in the world. Still, it has been a strength of Australian X-ray crystallography for many years, under the auspices of Ted Maslen, Allan White and many others. A homage to quasicrystals can be found in the Bayliss Building of the University of Western Australia (UWA). The floor is covered in a beautiful Penrose tile floor and a 20 meter tall replica of the DNA structure. 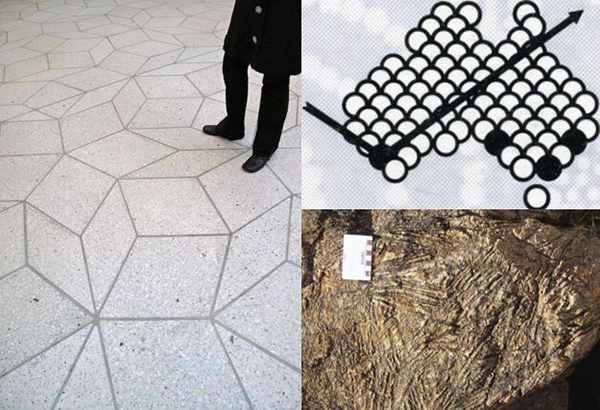 (images clockwise)
1. Penrose tile flooring at the UWA Bayliss building. Image credit: Pier Leach
2. The logo of the 14th IUCr Congress, held in Perth, Australia, in 1987
3. One for the geo-crystallographers might be the spinifex textured komatiites at Serpentine Bay, south of Kalgoorlie. Both platey olivine crystals and pseudomorphism by serpentine. Image credit: Barnes et al. GSWA Record 2016/12

Wider afield, the state of Western Australia is the location for some of the oldest rocks on the planet, with the Jack Hills zircons dated to be 4.4 billion years old. If you are willing to drive (a lot) there are numerous geo-crystallography marvels across the state from the stromatolites in Shark Bay and komatiites at Serpentine Bay to the karstic landforms at the Purnululu National Park. Before closing in November 2020, Western Australia was the world’s largest single producer of natural pink diamonds from the world-renowned diamond mine - Argyle Mine. Whilst mining operations may have ceased; the diamonds can still be bought…for a price!

Perth is an ideal stop-over location for delegates joining us from Europe, with direct flights from London and Rome (starting June 2022). Take a day or so to rest and energise before the next four hour connecting flight to Melbourne. It’s a city of beaches, good food and a drive away from some great wine regions. 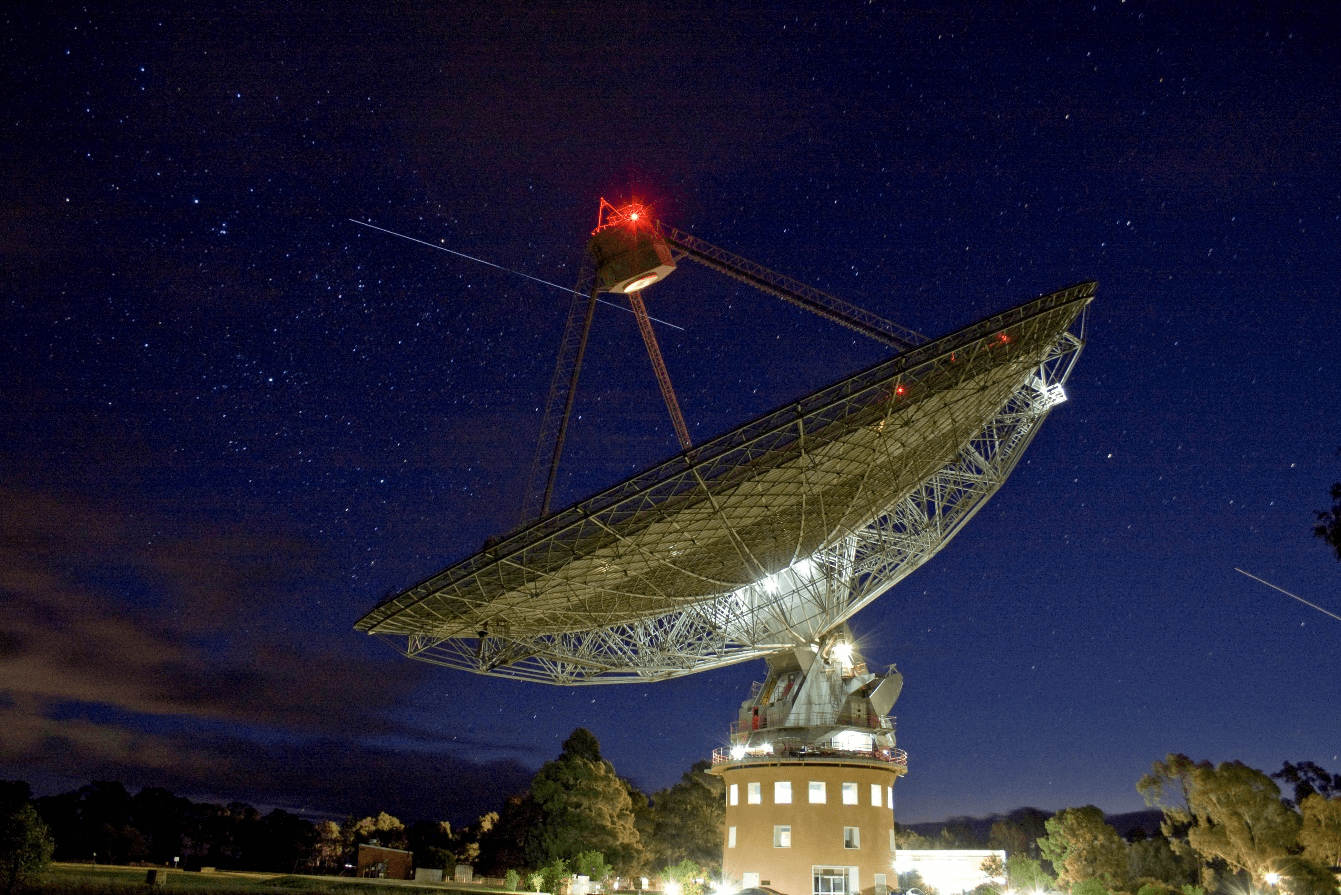 As we are launching our website, what better first stop than Australia’s historic connection to the space race! Known to locals as ‘The Dish’ the Parkes Radio Telescope is the first stop of our crystallographic road trip. Located 5 hours’ drive West from Sydney, this 64 metre radio telescope celebrated its 60th anniversary in October 2021 and is still observing, rain or shine, every day still. In 2020 local Wiradjuri elders gave the telescope the name Murriyang, which represents the 'Skyworld' where a prominent creator spirit of the Wiradjuri Dreaming, Biyaami (Baiame), lives.
Many will recognise Murriyang from the film ‘The Dish’, that told the tale of Australia’s involvement with the Apollo Moon landings. Murriyang has long been part of NASA’s Deep Space Network, tracking the first interplanetary space mission to Venus, and as depicted in the film, it was a was a prime receiving station for the Apollo 11 landing. The Apollo missions, six in all, brought back nearly 400 kg of rock which has been laboriously studied on its return to Earth. In these samples three new minerals were identified by structural scientist colleagues – armalcolite, pyroxferroite and tranquillityite. At the time each were thought to be unique to the moon but over the years have all been identified in Earth (and Martian) rocks. The last of these moon minerals to be found terrestrially was tranquillityite, which was discovered in a rock from Western Australia in 2012.
Murriyang is well worth a visit, the CSIRO operates a fantastic visitor centre at the location which explains the history and world-class science that ‘The Dish’ still undertakes. The centre is also the home to a yearly exhibition of the Malin awards, the region’s prime astrophotography competition – so you can be inspired by Earth and Sky on your visit!